EXPLORE THE SERIES ABOUT THE ARTIST CONTACTS 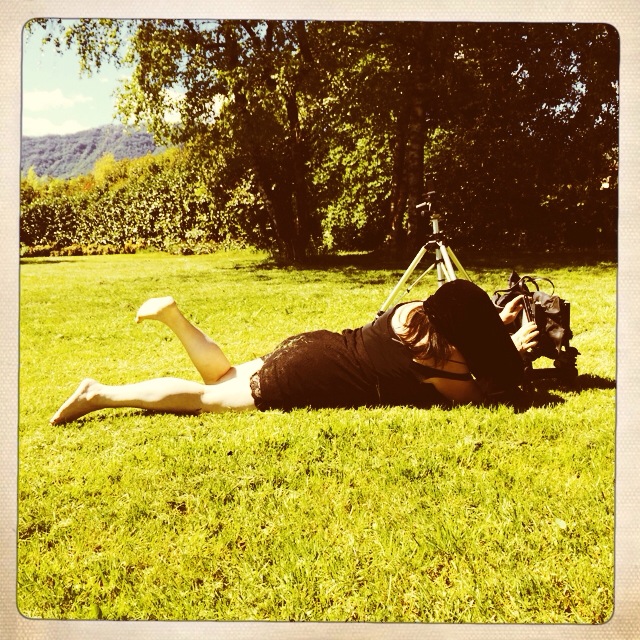 I would like to be as a photographer a correspondent of Madonnas maker, inﬁnite and subtle variations on the theme, working on the edge of things. It may seem paradoxical to evoke in our time “low deﬁni-tion”, backlighting, one way to tell the truth through allinclusive microcosms and cultures shared, like, say, the Dutch interior painters. My aim now is to photo-graph the architecture as I would paint on commission, a young barefoot woman with child, full of special detectors, a Madonna of course; things are never what they seem.
Allows an image to see again and the epiphany of places, cities, children grow up and just disconnects the ﬂow blasé countless things that surround us. Photo-graphing Italian architecture is for me to listen in abso-lute silence of an image, the white noise of the bod-ies present or future through the buildings, to allude to what is still there, but that is already here.

Vittorio Savi - The importance of their photography for us

It was Edoardo Persico who, when participating in the directorship, from 1930–1936, guided “Casabella” towards modernity, along the narrow path which char-acterised by strenuous formalism, prestige and elitism of the rationalist architects of the time. Persico was, in fact the guardian angel of “Casabella”, the youthful character who was ﬁrst criticised and later elevated by historians who ﬁrst understood that photography was not simply a means of communicating to the masses, but represented the art of occupying the intellect and the spirit of the disciplinary research - and whether it was liked or criticised to forge ever onwards.

In the doctorate theses dedicated to The Destiny of Architecture. The Casabella Magazine 1930-36. The invention of Language for Images, (which I would rec-ommend for publication on line or in the press), the au-thor, Ernesta Caviola, at one point considers Persico’s the very modern intuition to be relevant to or times. Photography today, whether analogical or digital is as essential to the architectural discipline, with its relative in-discipline, as drawing in order to render the idea. Photography, in fact assumes the task of representingthe architecture initially, and, at the same time, of inter-preting it afterwards.

It has been said that a concept, an idea, a vision such as this could have the effect of paralysing creativity. This view could not be further from the truth. Indeed, (and this is not a criticism) that Ernesta Caviola, herself an architectural photographer, as well as academic, designer uses this, undoubtedly theoretical concept as a base on which to operate. To recall the triad referred to by Hannah Arendt) she acts, photographically and tirelessly and produces sequences which are Unitary, coherent, rigorous yet imaginative.

While Persico has not reincarnated and although every specialised journal today, including “Casabella” tends to overuse very contemplative talent which has little to do with authentic photography, it is worth noting that applied photographic research should return to being a testimonial to the work itself, to show us, architects, the architecture, its life, its forms and its intrinsic values, nothing more nor nothing less.

Annalisa Rosso From Turkey, with love

A turkish calligrapher. An Italian photographer. The images sprung from this mutual comparison are shown for the ﬁrst time in London. And you can not tell if it is placed near or far, if these are real or imaginary spaces, if you are ﬂoating in front of these photographs, in themselves, most hidden spaces of your instinctual animal nature, or if you are granite in front of an inheritance, immutable, verging on the sacred. Language, signs, silent congress that is knowledge-able about these gestures, slide in the lights and fog to get to touch us and open our eyes with a sigh. The ﬁgures are dilated and strong in their age-old tradition, and cultured with a disarming clarity. Do you see yourself naked in front of the calm wisdom and harmony that transmit these photos.

“Ars longa Vita brevis” calligrapher for the photographer cites Seneca, who in turn takes Hippocrates of Kos. Yet, at the same time, we feel that “Ars Longa Vita Brevis” in front of a knowledge of ancient and mystical images that naturally express the strength of a wise man unmoved, as depositary of an absolute good language.

It still goes on the quote: “Life brevis, ars longa, occa-sional praeceps, experimentum periculosum, iudicium difﬁcult,” (“Life short, art long, opportunity ﬂeeting, experiment dangerous, poor judgment”), that are perfectly suited to these images that take up the challenge and overturn. The occasion, the experiment, the trial is not bend under the gaze so aware of Caviola Ernesta, who stops and merging the art of the calligrapher’s art, in a game of references and mirrors, silent calls and awards, in a dance of mutual glances that suspends time, cancel the space and leaves us feeling at the mercy of a strong and reassuring: the power of wisdom is a thing of this world. We will not be lost, until we have men and women, with their art and poetry, ready to remind us who we are.

Exuberant, passionate and dreamer, the woman. Acute, subtle and penetrating, the artist.

Ernesta Caviola human presence is uplifting vital-ity. The thickness in her culture through the streets of light-hearted stories, confide in a loud voice from the gestures of an actor going on the Disney excitement.

Knowing Ernesta encounter physical and personal is an experience that opens up endless worlds, which builds bridges between past and future of a society distinctly Mediterranean that she knows and loves deeply, in its ideological structure as in cultural and social changes that have shaped and created the contemporary history. Figure rich of spaces, with amazing changes and consultation between the parties, Ernesta does not cover fits transversely into branches that draw, in the mo-ment of dialogue, clear and readable visions of reality. The instant feeling that you understand one piece more of the world, that is the fate smiles to those who are next to her in one of her frenetic moments of a typical day.

Know her through her work gives, on the other hand, an innate attention to the world, respect- ful curiosity to the other, that characterizes every photographic moment, and even before, his love for the medium. The eye prosthesis and his silent feature space ready for the spotlight giving way to the possibility of the vision.

Text written for the exhibition The Calligraphist - The Whitecross Gallery, London 8 - 14 december 2006

Ernesta Caviola is the director of the videos "LOOKING FOR LINA" - an exhibition curated by Sarah Catalano and Ernesta Caviola with Daniele Menichini and promoted by the Associazione Culturale Architettrici - is a temporary exhibition on Lina Bo Bardi organised as part of the Italian Pavilion at the 17th International Architecture Exhibition - La Biennale Venezia. Mostra Internazionale di Architettura - La Biennale di Venezia, promoted by the Direzione Generale Creatività Contemporanea of the Ministry of Culture and curated by Arch. Alessandro Melis with the project "Resilient Communities".  The exhibition, which can be visited from 24 August to 5 September 2021 inside the Italian Pavilion, can also be viewed online on the "Resilient Communities" YouTube page until November at the following

Ernesta Caviola exhibits at MIA - Milan Image Art Fair with the inauguration of the first edition of Parallel 2021 Design & Photography by MoscaPartners, a survey on limited edition design and photography that will be held the new space of Superstudio Maxi in via Moncucco, 35 - Milan.

'Senza Orfeo' directed by Ernesta Caviola is participating in the ninth edition of Milano Design Film Festival 2021. The artist will present the short film before the screening on Sunday, October 24 at 12:15 pm at Teatro Franco Parenti, entrance via Botta 18, Sala Testori. The film is on the online platform of MDFF from October 21 to 24, 2021.